Matthew Liggett called in with his finish call!

Tour Divide 2013 Day 29 True Ups!
Get the podcast here!
All audio is also available via RSS link or iTunes!

Greg Andre-Barrett called in with his finish call!

Michael Komp called in with his finish call!

Here is some information from a post on Bikepacking.net by Peter Kraft Sr. He’s riding with his son and both have had to go to the hospital:

“…on Monday I screwed up coming down Magnus before the baptist church water fill. I have no idea what happened but I crashed and had to take an hour and a half ambulance ride to Socorro(I think that was the city). My son who is racing this year as well (we ride all day alone because his pace is much faster than mine. He was at the church wondering where I was when I showed up in complete disarray. He accompanied me in the ambulance. They stitched my ear, eye, right knee, right elbow, left elbow(plus added a tube in the elbow) and I hurt my back. 24 hrs later we got a ride back to the church where our bikes were and pushed on. Still trying for 27 days we started up the CDT last night late(we did not do the reroute because we came to do as much of the whole original route as possible. All of a sudden about 11pm last night my son became violently ill. Throwing up literally all night. We knew we could not come back down to the Sapilla CG until daylight. Took three hours to walk down with my completely delirious child( who had been talking about doing it next year without me in 23 days. A forest ranger said he was in trouble and needed to have an ambulance get him to Silver City. So here I sit waiting on the answer of what is going on with my son. And he says to me, “dad we are going to finish thing one way or another.
We have trained for three years for this race as much as possible. Not all of us just ride bicycles all day every day. Family school and kids are part of life…

Fred Arden called in with his finish call!

Hal Russell called in from Cuba.

Tour Divide 2013 Day 27 True Ups! J.D. Pauls is in, Ed Turkaly is in, and The Lorax is on the hunt for pie in Pie Town!
Get the podcast here!
All audio is also available via RSS link or iTunes!

Richard Costello called in from Grants!

Rick Ashton called in from Grants!

J.D. Pauls called in with his finish call.

Ed Turkaly called in with his finish call.

Fred Arden called in from Glenwood.

Tour Divide 2013 Day 26 True Ups!
Get the podcast here!
All audio is also available via RSS link or iTunes! 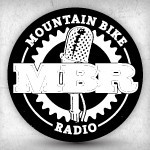